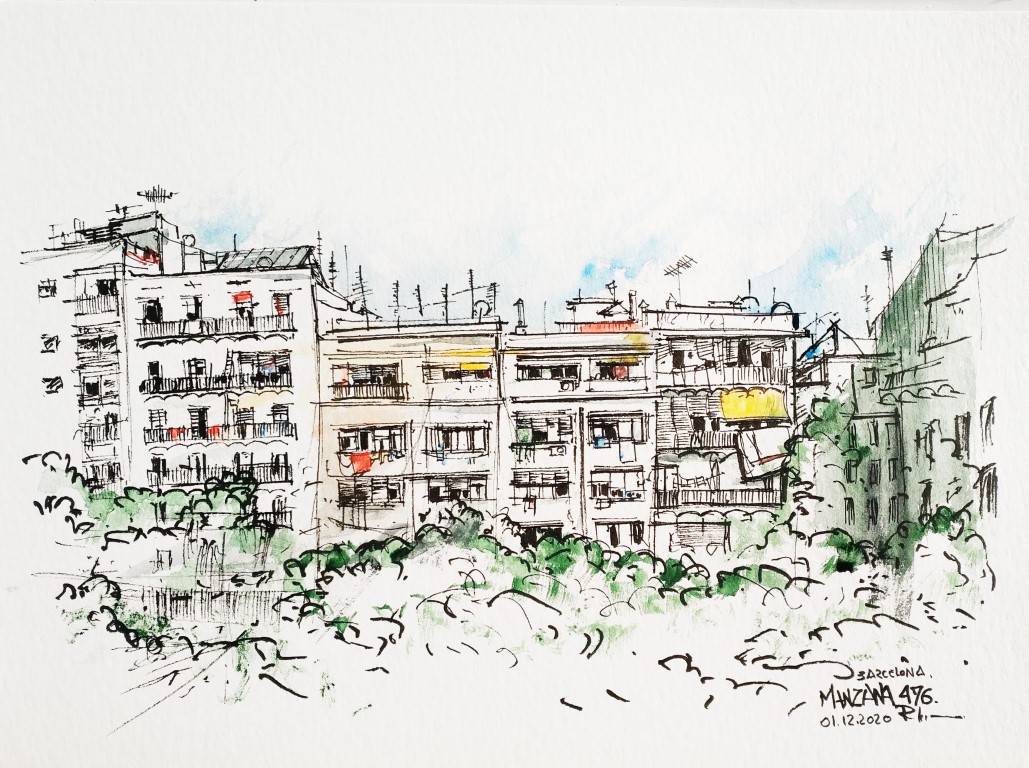 Manzana in spanish means Apple. The Apple is seen as a symbol of sin / redemption in the Christian beliefs, while the ancient Celtic wisdom considered it a symbol of rebirth, the Tree of Life.

The “Manzana” is called a square block, part of the Plan Cerda of the Eixample, the extension of Barcelona in the grid-system of streets. It is the cell that is made between some streets. This is the interior of our “block” or “manzana” in Barcelona, on Gran Via, the interior courtyard.