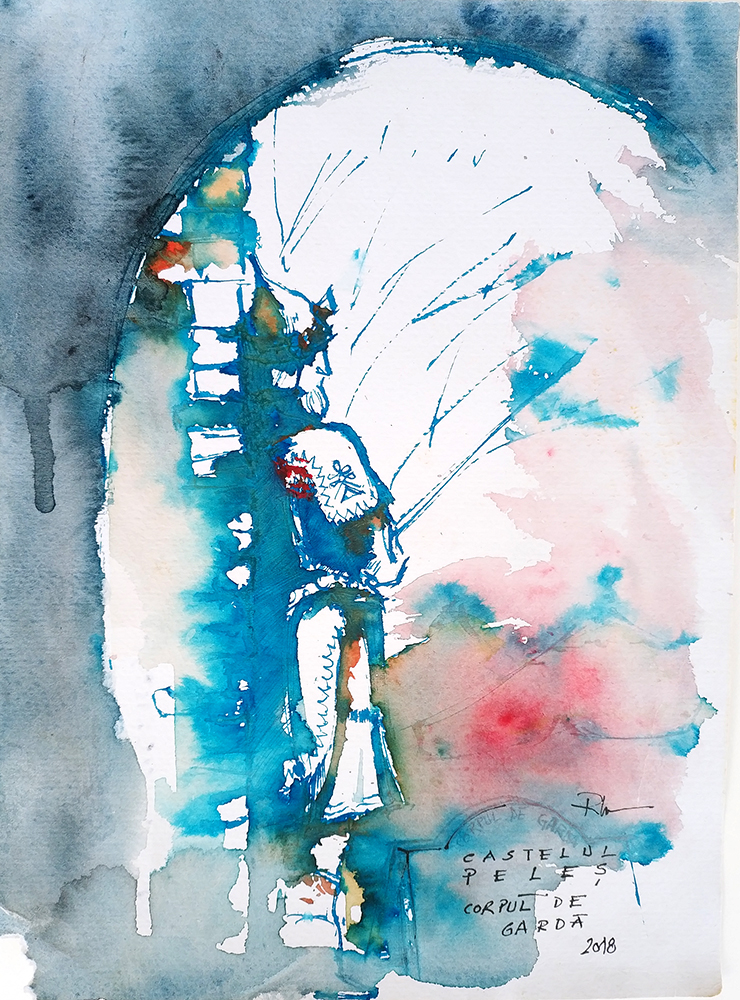 “Bisbe la Guarda 13” renamed after the street in Sant Antoni neighbourhood of Barcelona. We stopped at number 13 accidentally to talk with a shop owner about a nice graphic message in their window.

The literal translation from Catalan is “Bishop, the Guard”. Laguarda (Juan José Laguarda y Fenollera) as a historical figure was born in 1866 in Valencia and became Bishop of Barcelona in 1909 only to die 4 years later in 1913.

Original name was “Străjerul dintr-un vechi castel” (The Guard from the old Castle), inspired by Dumitru-Furnica Minovici museum guide, the tree of life depicted on his armour and the place where I did the painting.

It was painted on location at Sinaia – The Royal Palace of Peleș in 2018 with the Urban Sketchers, at the “Guardhouse” set of buildings (Corpul de Gardă). It is one of the bronze statues of the royal guards, overlooking the entrance to the Peleș Castle.