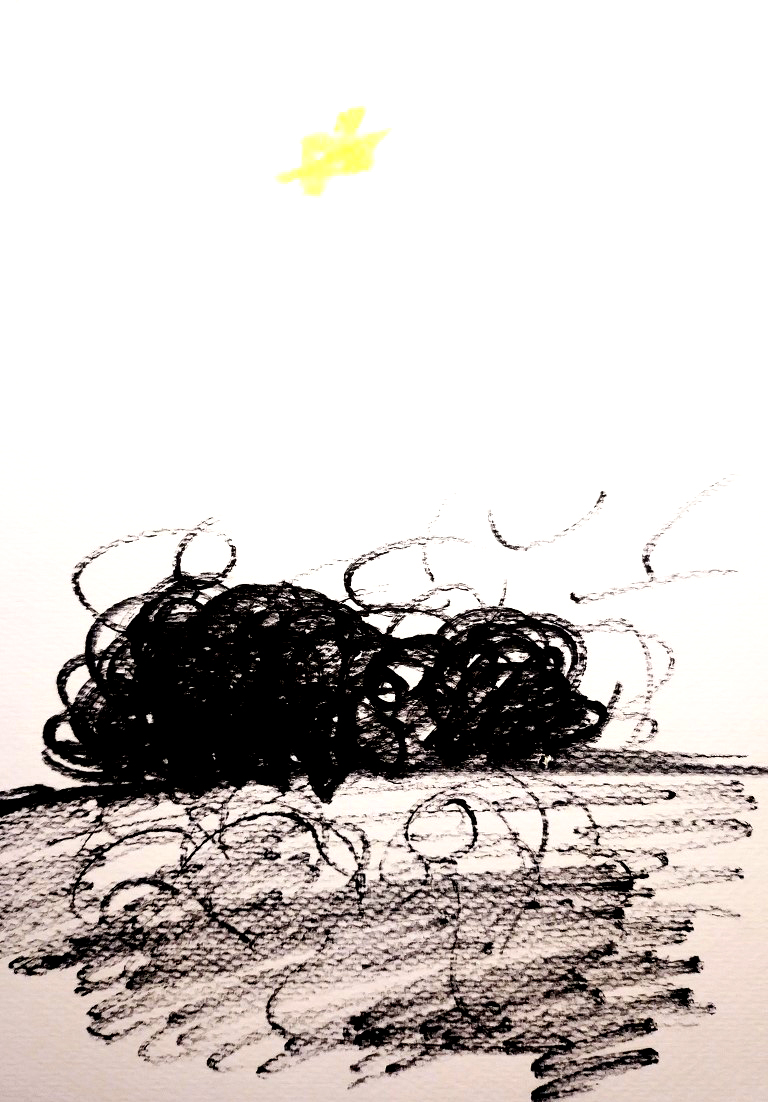 Inspired both by the iconic Deep Purple song and its prophetical lyrics and the shamanical beliefs of Mongolia of the Spirit Wolf (the Sun in some cultures) glazing and guarding, guiding from above.