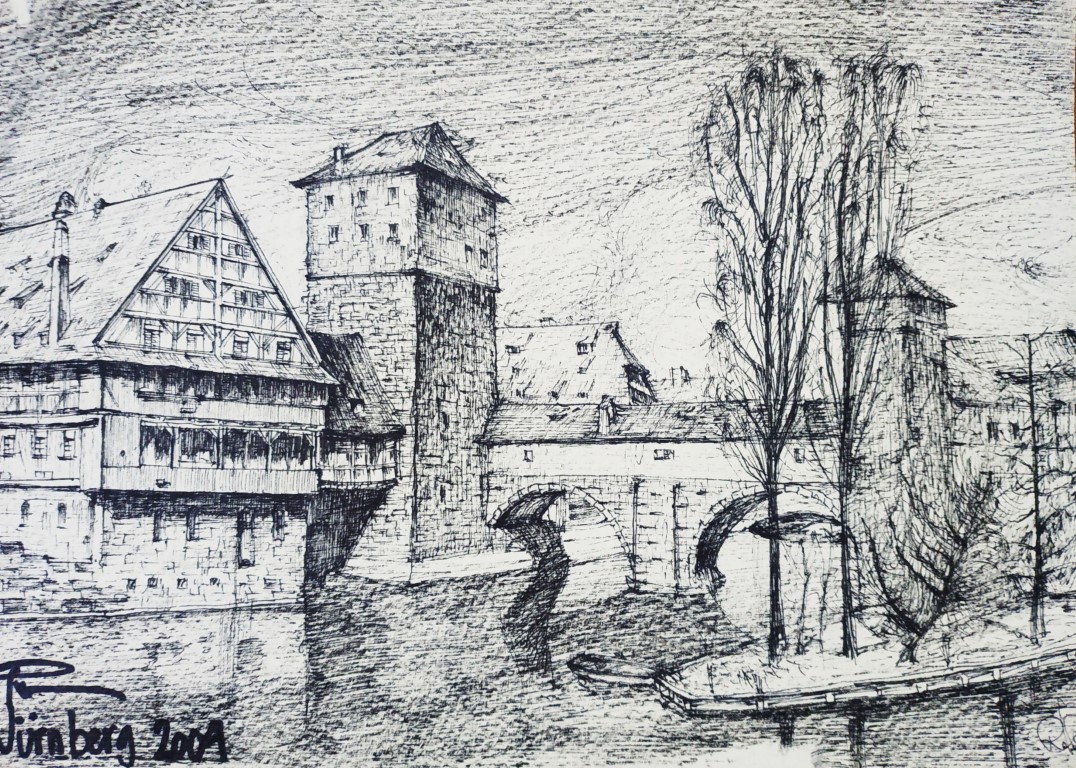 Fine art back made in 2004. I selected this ancient old image of Nürnberg german city because I liked the composition as well as the old bridge. I have found out later in my life that this wonderful architectural gem was the place were Trials were held after the world, and where the Nationalist-Orthodox Right-Wing movement “Mișcarea Legionară” – Garda de Fier , led by Corneliu Zelea Codreanu (dead by then) was aquitted of war crimes and nazism infringement.

and an interesting Romanian read on the subject : https://www.art-emis.ro/analize/dincolo-de-nurnberg