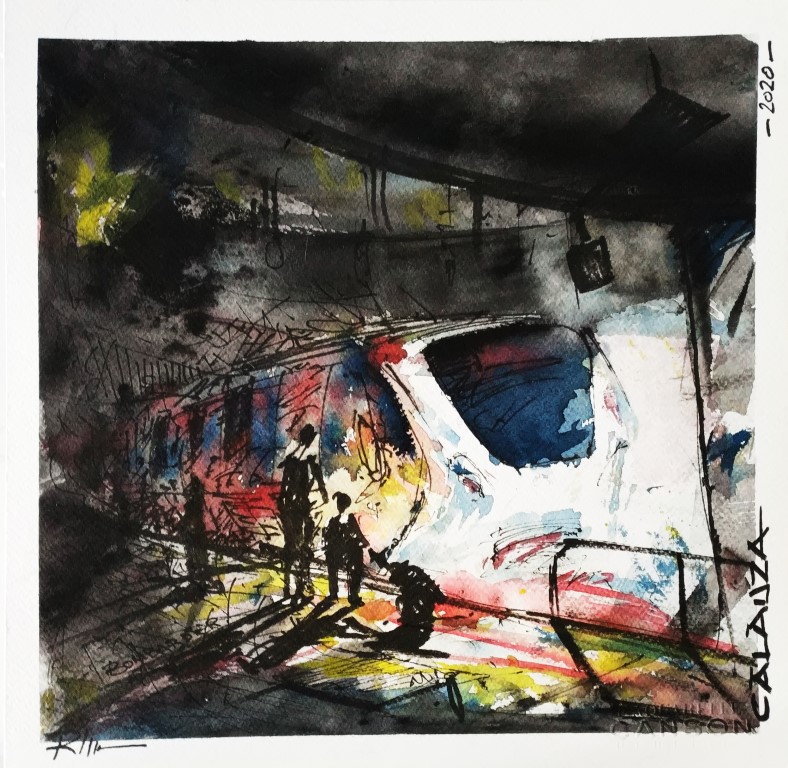 Inspired by the Metro L1 Plaza Espana Watercolour, I did a remake with the Romanian version of the metro wagon, the most impacting-like “Bombardier” named train, at Victoriei (Victory) Square. The exact train name in the photos was “Casimcea” (from the turkish name Kasim – The Generous One), a village from Dobrogea part of România with interesting legends about a never-ending river in which even the Babadag Pascha’s son found his death, during the Ottoman occupation of Dobrogea.

The process was fun also, as I did 6 or 7 pre-sketches to get the best feeling out of the painting, the video being online : https://www.youtube.com/watch?v=Q5r5wLgdHFI