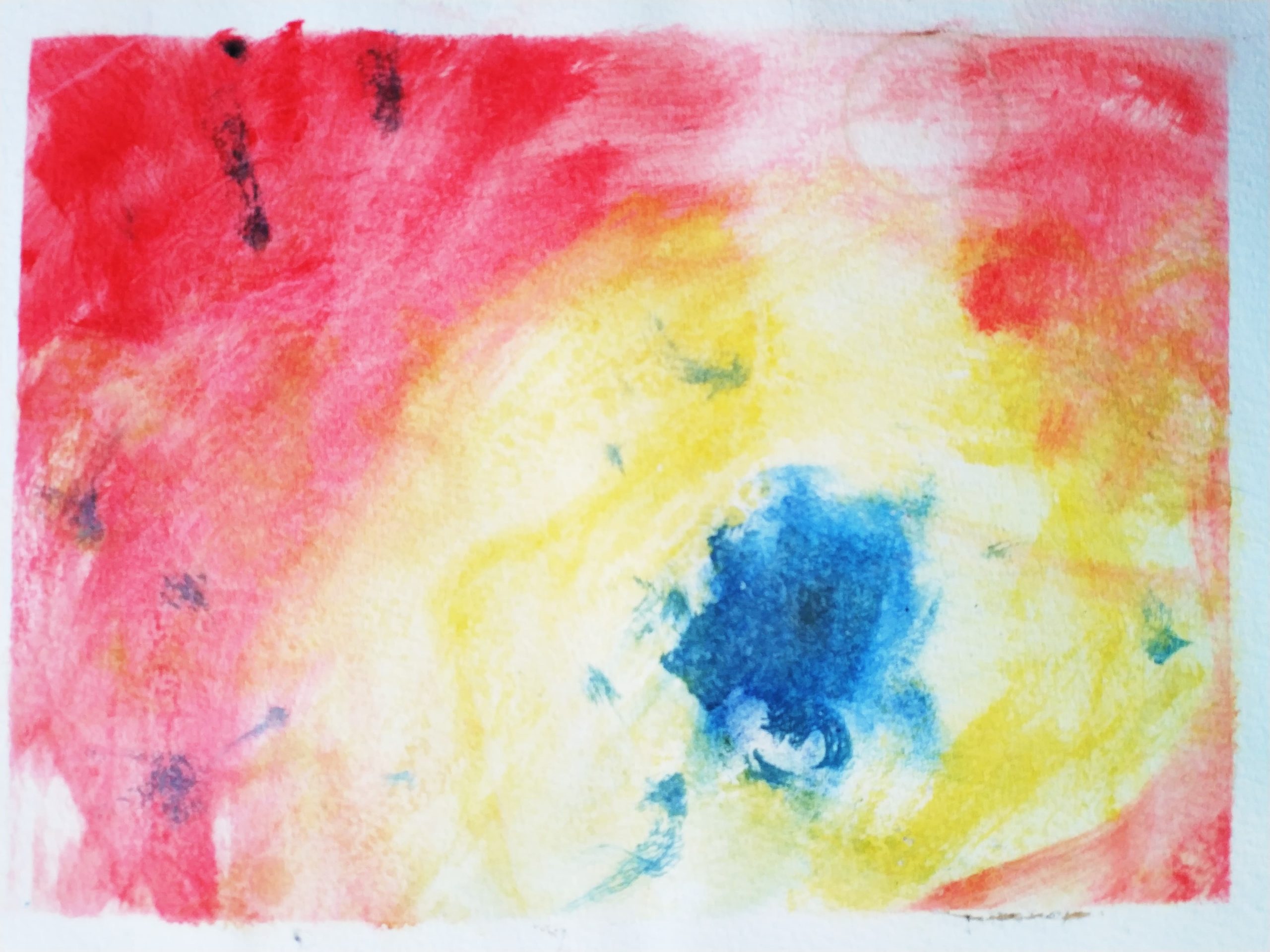 An implosion is the abrupt, violent collapse of something large. When an old building needs to be removed to make way for new structures, implosion is often used as a controlled way to destroy it.

The painting depicts the very thing I felt in my heart … back in 2017 in the Romanian Spring Protests (Arab Summer kind of way) when I felt everything inside exploding, history, values, virtues .. all the political unrest coming crushing down on the backbone of why we existed, because of our own indifference … and I decided not to hit Jandarmerie, nor to Boycott protesters for both sides where right … to take a walk to Comana Monastery, to cooloff, just to be deemed maniac and bipolar, and then haunted 3 years by family, friends and everyone else … for having too intense emotions….

This is a re-make after the original OUG 13 Explosion painting, based on Romania’s National Flag, a gradient feeling and the turmoil of our society.

This design is based on the correct “cocarda” design, with the Blue (deep Sadness I thought …) in the middle.