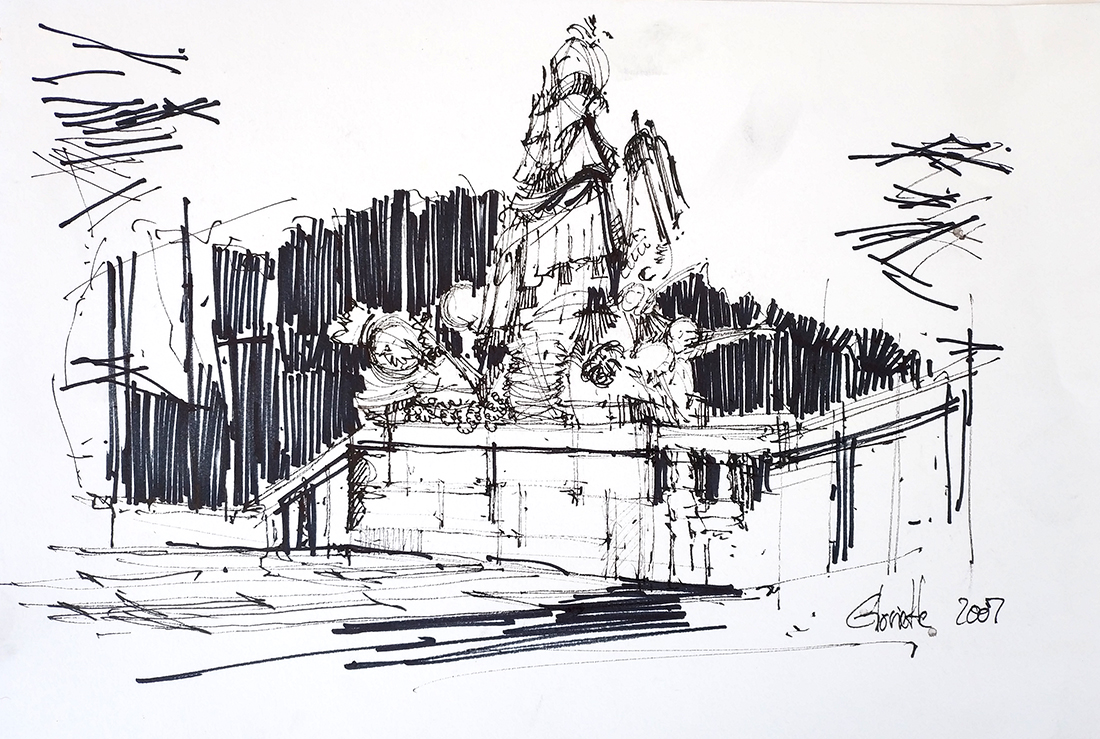 The largest and probably best-known gloriette is in the Schönbrunn Palace garden in Vienna. Built in 1775 as the last building constructed in the garden according to the plans of Austrian imperial architect Johann Ferdinand Hetzendorf von Hohenberg as a “temple of renown” to serve as both a focal point and a lookout point for the garden, it was used as a dining hall and festival hall as well as a breakfast room for emperor Franz Joseph I. The dining hall, which was used up until the end of the monarchy, today has a café in it, and on the roof an observation platform overlooks Vienna. The gloriette’s decorative sculptures were made by the famous Salzburg sculptor Johann Baptist von Hagenauer.

The gloriette is dedicated as a Monument to Just War, that which leads to peace.

I was in the Schönbrunn Palace Garden talking with my collegues about the ArDealu Frumos summer project when we stopped for a quick sketch here. It started raining, but I thought the droplets made a nice effect on the black ink … so I let the rain settle a bit on the drawing before saving it.